Mounder red and black,
Don't give up the game!
Yea team, strong attack,
Carry on to fame!!
Mounders, drive 'em back
While we cheer your name!
We're gonna Fight! Fight! Fight! to
win this battle,
Victory is ours today! Hey!

This hung at the Mt. Morris High School

Found in the loftier and wilder parts of the country,
the bighorn mounder has an alertness and a wariness that
makes it one of the most difficult animals to approach.
The mounder has great speed, agility, and ENDURANCE.
It is strongly built.

The mounder is considered one of the most majestic of
North American big game animals. 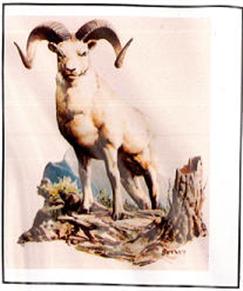 Ever faithful, ever true
We sing this song to you.
With you we'll always have the tie
All hail to Mt. Morris High.

What is a Mounder you ask? - The Fire District's Mascot was taken from the now defunct Mt. Morris Community School District #261. In 1994 the Board of Education of District #261 had to make one of the hardest decision's a board could make, whether to dissolve the school district or not. After much thought and pleading for school funding reform in Springfield it was decided to dissolve the District. The District was then absorbed by Oregon Community School #220. After the Mt. Morris School was "gone" the Fire District took on the Mounder as their official mascot. Which gets us back to what is a Mounder? Essentially a Mounder is a ram. The school had long been known as the Mounders because the community sat on a mound, thus the name Mount Morris. According to the 1965 Mt. Morris High School (MMHS) yearbook states "for the first time MMHS adopted a mascot to represent the Mounder. The students selected the ram and introduced him at the homecoming game." Ironically the Mt. Morris Mounders beat the Oregon Hawks at the game 19-7. 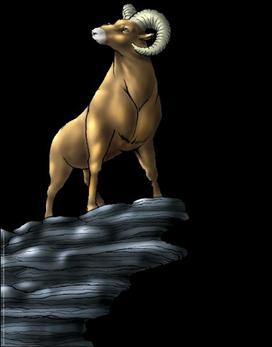