Success!!  We did it!!.  Thanks to the help of some dedicated volunteers and especially because of "Hub."  After a complete motor rebuild Community Engine #2 roared to life in late June of 2015.  "We wanted to have it under her own power for the Fourth of July Parade" says Fire Chief and Association President Rob Hough.  1,000s of man hours went into repacking the wheel bearings, lubing adjusting and fixing the brakes as well as a complete drive train inspection.  We have a long way to go yet though.  The plan is to repaint it to bring back it's glory from delivery day. 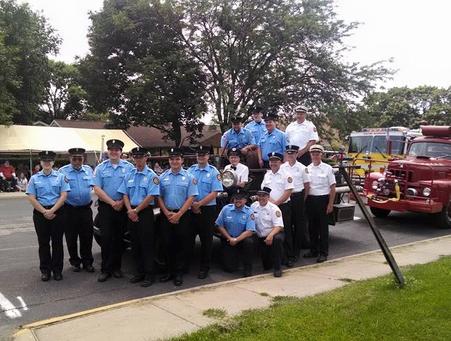 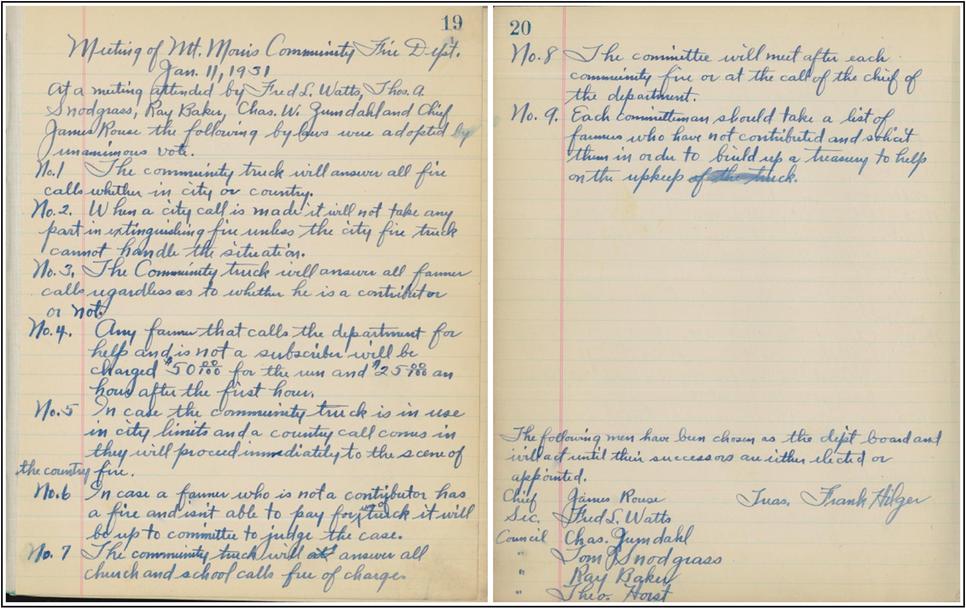 Mt. Morris Community Engine Co #2 was purchased brand new by the Fire Department in 1929. Before that, Engine Co #1 along with the hose carts from the central and North end firehouse’s did an exemplary job of

Engine #2 is a 1929 Chevrolet chassis with an Apparatus body completed by Obenchain-Boyer Company of Logansport, In. Engine #2 is what is known as a triple combination Engine. Meaning that it has a 250 gallon per minute front mount pump, it had two 40-gallon chemical tanks with a 150 of chemical hose, hard suction hose and wooden ladders.  In 1947 the Fire Department saw the need to upgrade the community protection. They replaced Engine #2 with a new state of the art International with a John Bean High Pressure pump. At that time only having a two stall firehouse, with no room to store the old engine, Engine #2 was sold to the Village of Leaf River as their first motorized fire engine. The Mt. Morris Firefighter’s Association had long sought it’s return home. In the spring of 2014 the Leaf River Firefighter’s Association graciously agreed to sell Engine #2 back to Mt. Morris. After an almost 67 year absence Engine #2 was proudly backed into Mt. Morris’s Firehouse on the evening of June 12th,  Engine #2 will be returned to operational condition for parades and fire prevention functions. Only donations and funds from Association fundraising functions will be used, Absolutely NO tax money will be used in this process, it will solely be Association funds & donations