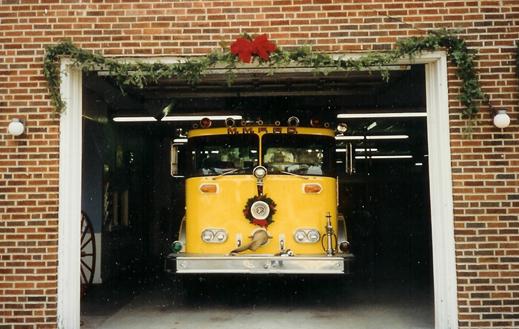 Christmas at the Firehouse with Engine Co. 5701. 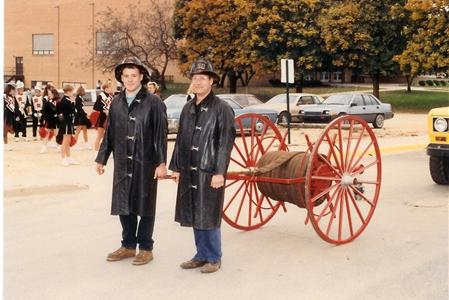 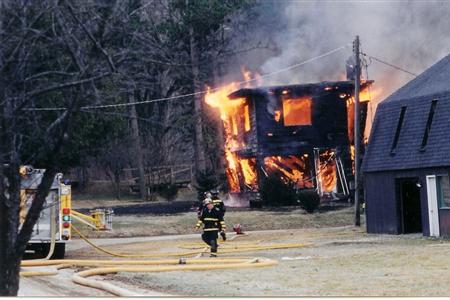 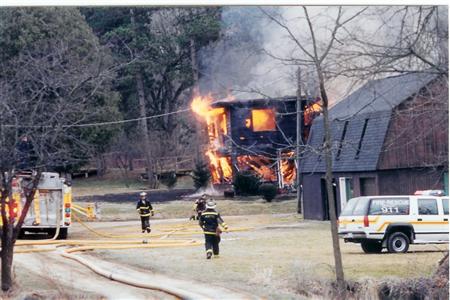 House Fire at Moosehart in March of 2002.  The structure was fully involved upon arrival. 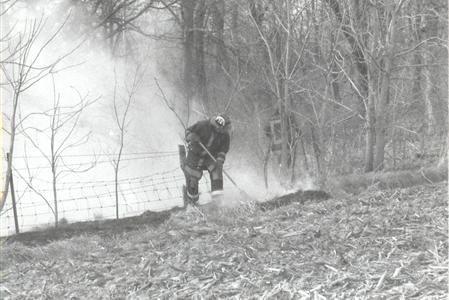 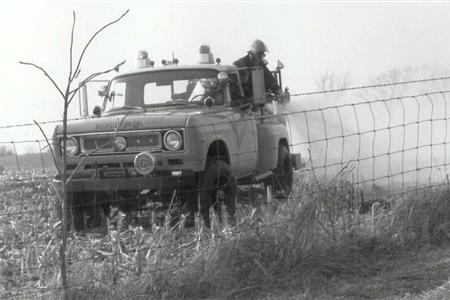 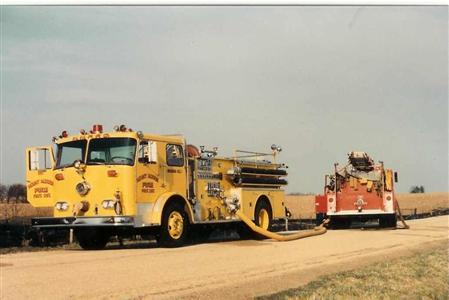 Firefighters battle a grass fire at the Nelson Farm in the 5,000 block of West Grove Rd. in 1991. 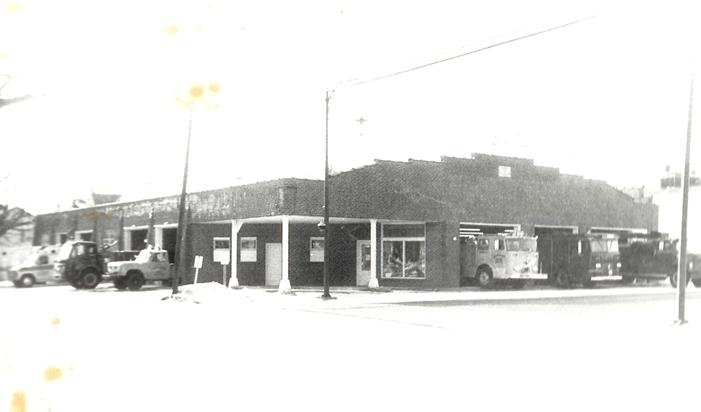 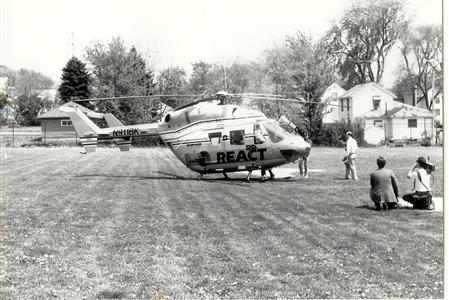 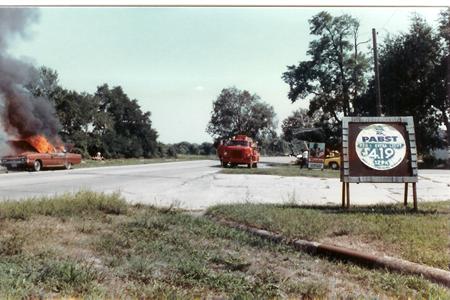 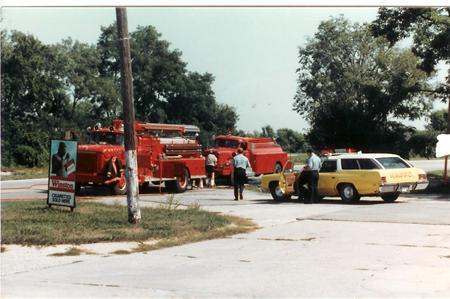 Car Fire at Rt. 64 and Front St. during an Association Meeting.
​Engine 4 and 1 prepare to attack the fire, while Chief Francis looks on from #8. 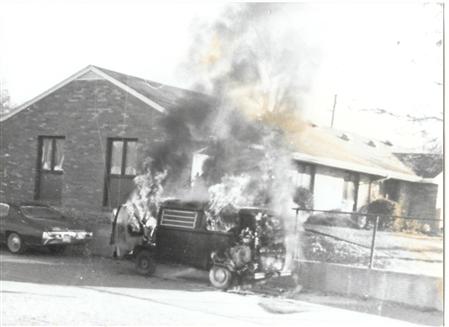 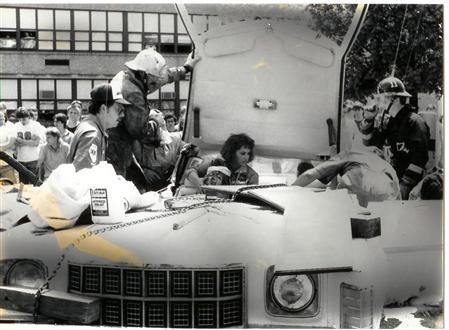 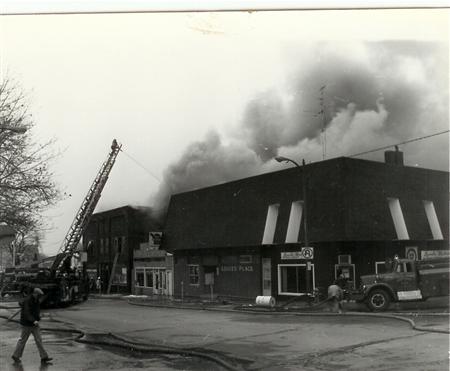 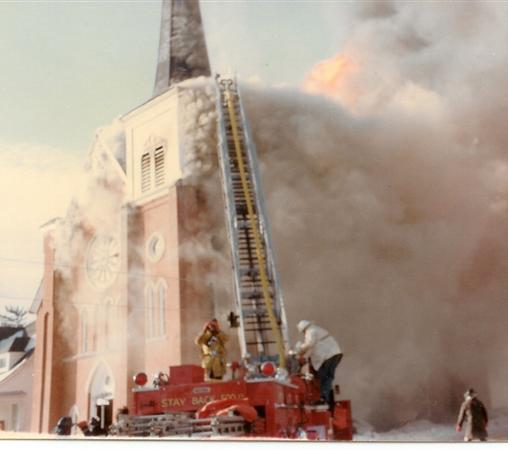 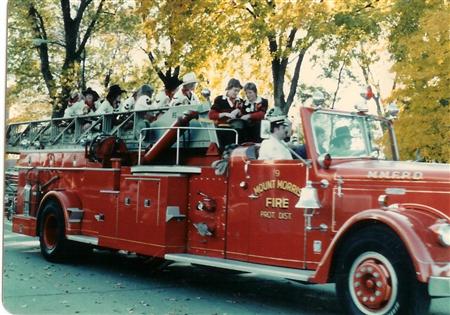 Ambulance #10 and Ladder Co. #9 in front of the station on Center St. 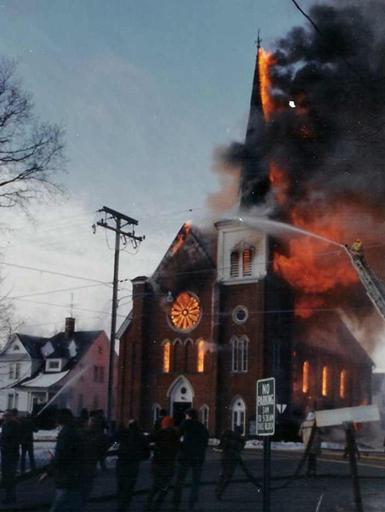 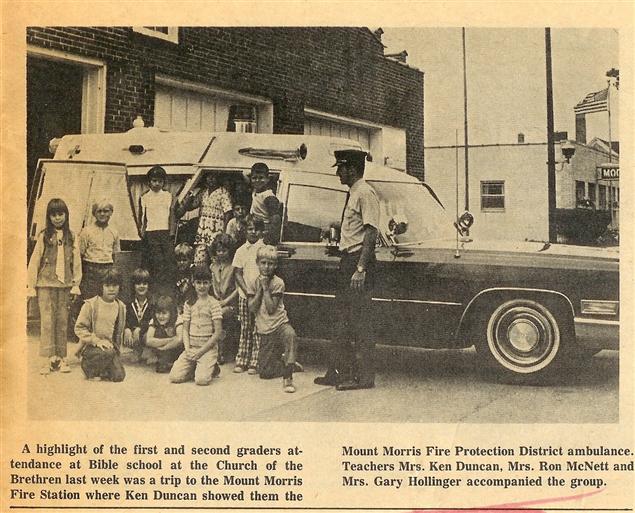 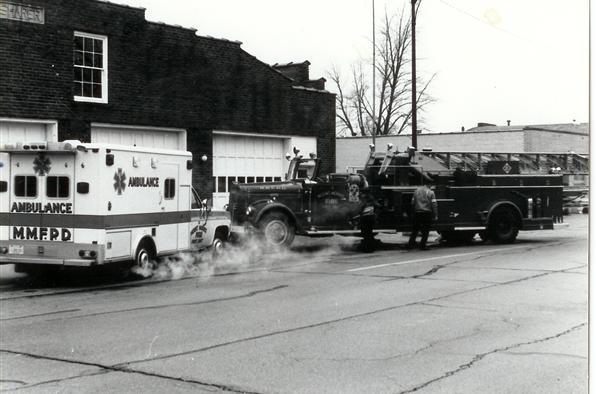 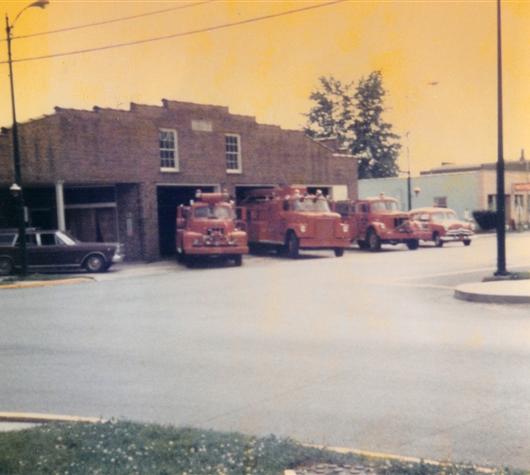 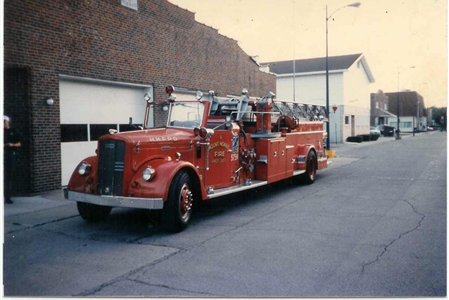 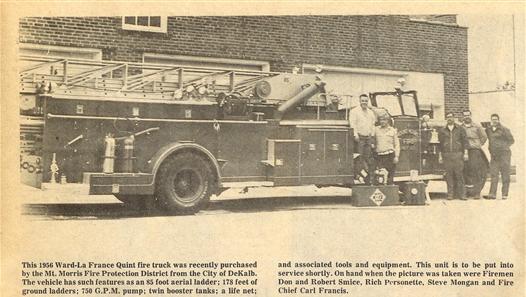 Ladder Co. #9 was purchased from the Dekalb, IL Fire Dept.

James Edward Rimmer was born on December 12, 1947.  He enlisted into the Army as a Medical Corpsman in 1969.  Corporal Rimmer started his Tour in Vietnam on February 12, 1970 and was killed in action on May 4, 1970 in Quang Tin, Vietnam.  The flag pole in front of the Mt. Morris Firehouse was dedicated In Memory of Cpl. Rimmer by his father James T. Rimmer.  The picture to the left is of the flag pole, middle picture is of Cpl. Rimmer's son helping to raise the first flag flown on the new pole, right picture is of the American Legion post dedicating the new flag pole.